Take a look at this new addition to 60 Minute IPA Packaging. A shiny new seal. | Valdamark 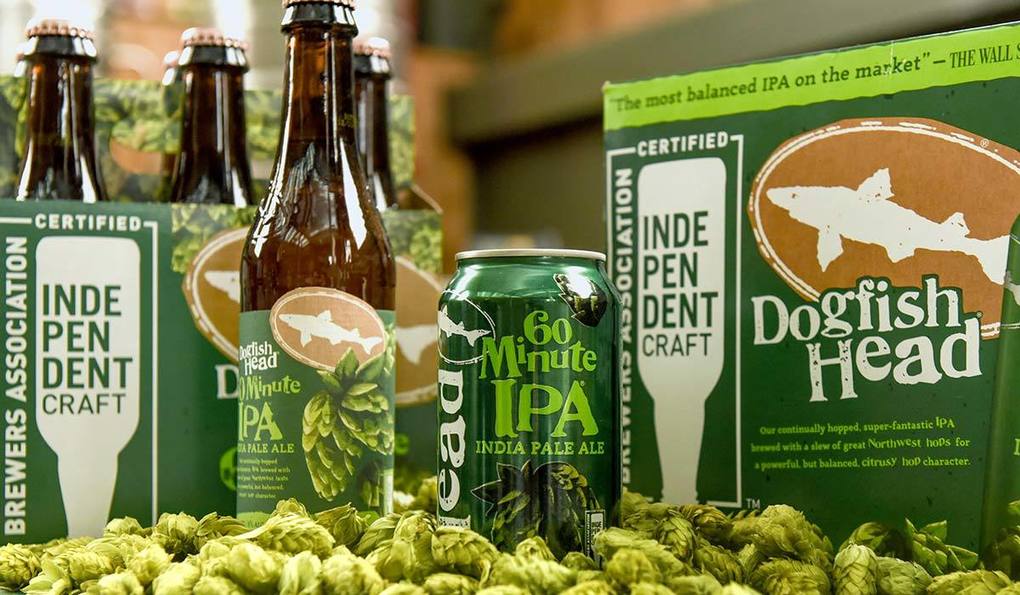 Dogfish Head Craft Brewery is making a big statement in the new design for its 60 Minute IPA packaging.

Sourced through Scoop.it from: www.craftbeer.com

When it comes to making a statement Dogfish Head Craft Brewery knows a thing or two.

Take a look at this design change to their 60 minute IPA packaging.

The change was announced by Dogfish founder Sam Calagione who said the new packaging for Dogfish will contain a large image of the craft brewery seal.

He says the new 60 minute IPA packaging will be used as a ‘soapbox’. He goes onto say that it has never been a more challenging time to be a craft brewery. He goes on to point out that though craft beer may seem commonplace now it is still the case that two foreign own multi nationals control most of the United States beer market.

The seal has not been created by Dogfish themselves but publishers Craftbeer.com. The ‘seal of approval’ helps craft beer lovers identify products from independent craft breweries.

Nearly 4,000 other breweries have adopted the seal so far, most placing both on their packaging and their website.

Dogfish have been using the seal on their many marketing channels for quite some time. Their pubs, website and social media outlets have all exhibited it. Actually putting on their product though is seen as the most forward move to date.

The move is seen as a battle cry for all the small independent craft breweries. The seal is seen as a symbol of ‘true value’. One that represents the quality and authenticity of the craft beer philosophy.

This approach is loud and proud and is a demonstration of craft beer ‘evangelism’.

Time will tell is we see the seal on all their bulk packaging.

Whilst still very much a growth market and popular trend the name has been watered down in recent years to apply to anyone who uses atypical beer packaging and wants to benefit from the craft beer craze.