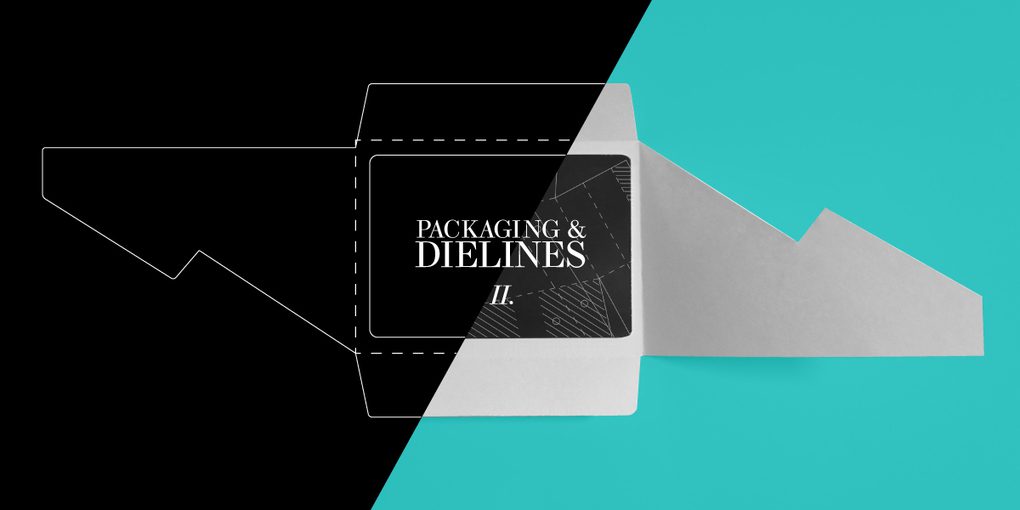 Spring is here. The time for renewal and rebirth. Things begin to heat up as the weather improves. The rains clear and the snows thaw waking up slumbering and new-born creatures as well as revealing new leaves and flowers in bloom.

This transitional time sets the stage for summer as we move away from the cold, short and dark days.

This summer in particular carries with it much expectation, hopefully it will be one for the better as we look to put the last 18 months behind us.

Lets look at some of the new packaging redesigns from the past few months and pick some of the best that inspire those feelings of revival & rejuvenation.

The holiday most associated with confectionary in my opinion is Halloween but if that’s the case then Easter is a close second.

Spring is the time for bringing those tasty looking sweets into focus around Easter.  This is perfect timing for the Cadburys Mini Eggs redesign still sticking to the familiar yellow colour with it colourful backdrop of different eggs. This packaging is new but very familiar at the same time. A classic confectionary if you will. The redesign is refreshing and executed in a modern, streamlined way. The Cadbury test is playfully cantered in one of the mini eggs acting as a ‘quality stamp’ to the product contained within. 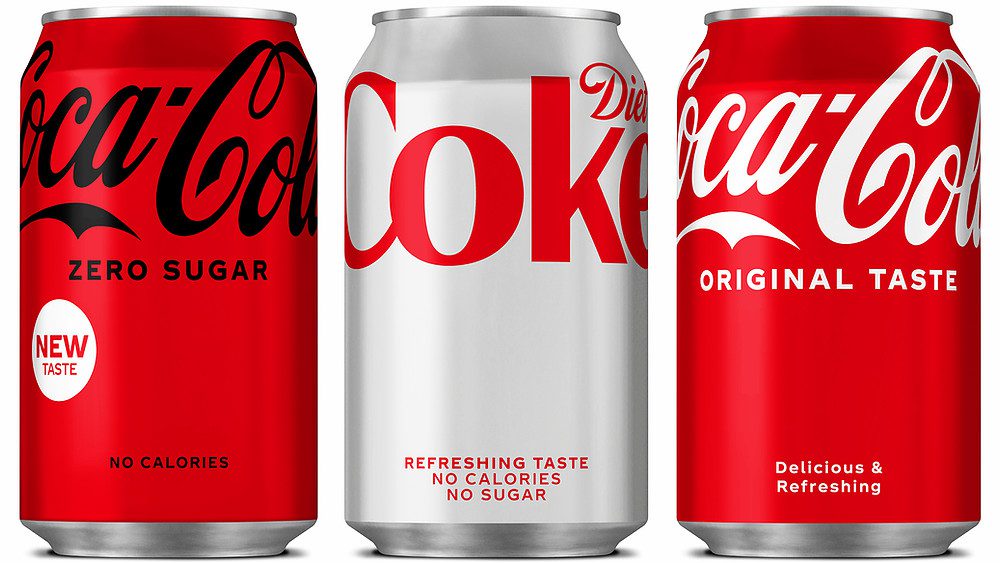 The year 2021 has seen on the whole many changes to brands visual identities. The McDonalds and Burger King megabrands overhauled their images with Coca Cola joining in with a new packaging system that is clean and consistent whilst maintaining the signature red wording across the classic, zero & diet formats. Diets returns to the traditional light grey whilst Zero now rocks a red background with black chosen for its logo. The coca-cola has been pushed up on the can leaving some room in the centre, very 90’s we think. 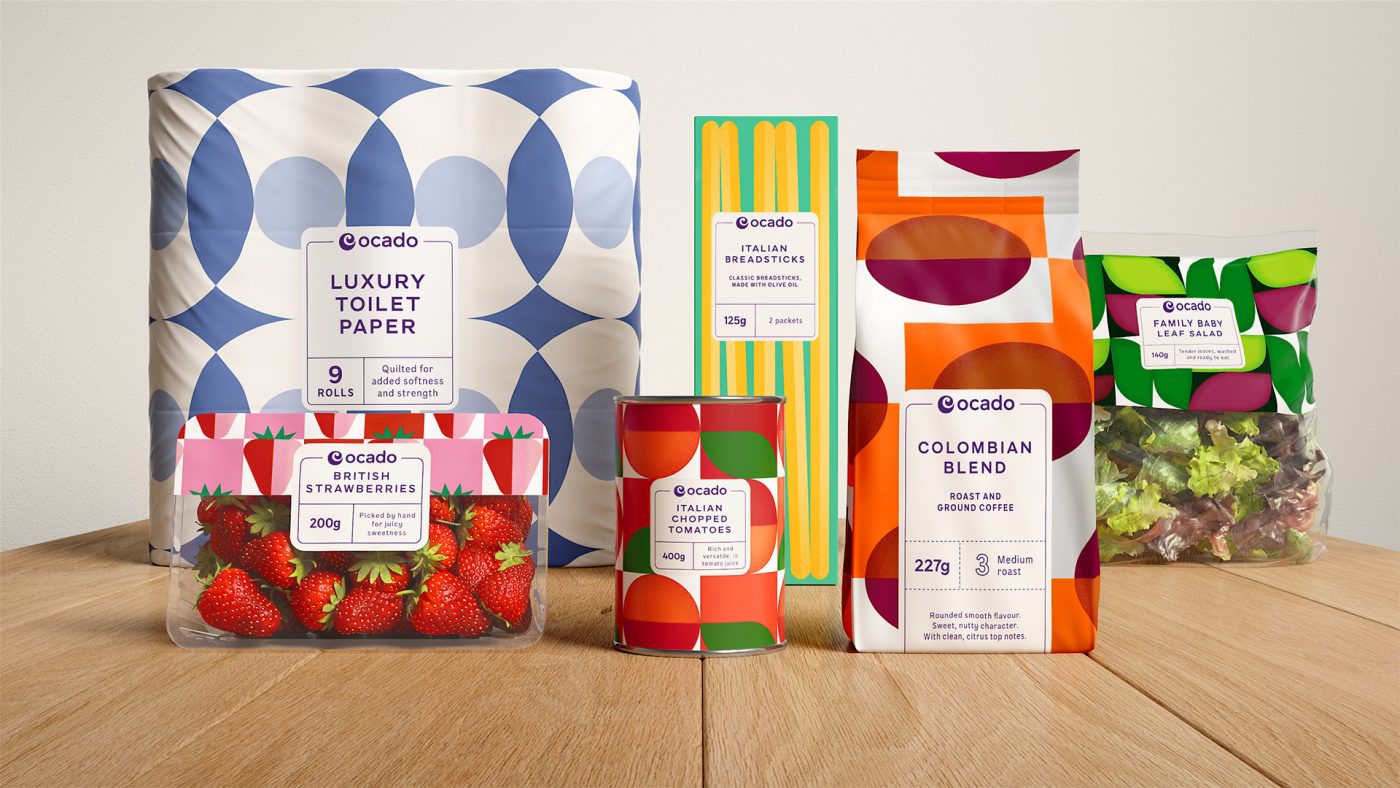 The UK based online supermarket giant Ocado came to life in the noughties when massive speculation and cash rich investors created a wave of web based start up brands with the promise of a new ecommerce paradigm. Convenience and comfort was the goal for consumers with shops a plenty opening up in cyberspace during that time.

Few exist to this day following the burst of the tech bubble nearly 15 years ago. Ocado however with over 49,000 items in stock and a reach to over three quarters of the UK population has gone from strength to strength.

This year they enlisted the help of design studio JKR to give this online grocer a revamped image. New ‘visual language’ has been focussed on to emphasize the range, value and personal service that Ocado customers have come to expect. 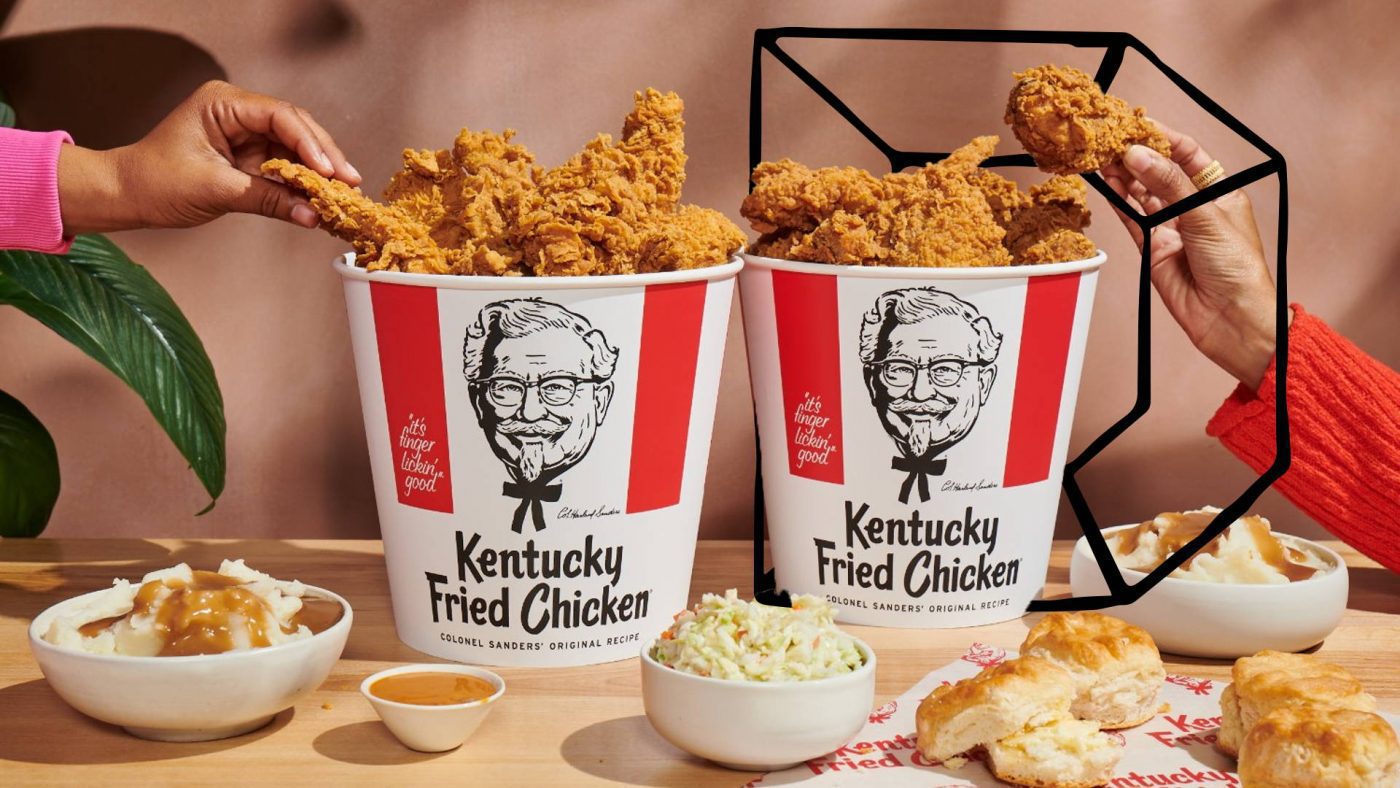 As well as the beef burger kings the Colonel also got a face lift. In cooperation with W+K Portland KFC’s refresh emphasizes the nostalgia that comes form their delicious brown gravy as well as capitalising on the heritage that comes from its trademark red and white bars.

It’s good timing too as they are currently in the middle of a full scale chicken burger war with competitors.

Colonel Sanders is still the centre of attention on the packaging. He has a warm and friendly visual appeal, some may say handsome with his signature bowtie still intact throughout the design too. Type and tone leverage the native charm that this fired chicken mega brand does so well.

Read the full article at: www.thedieline.com