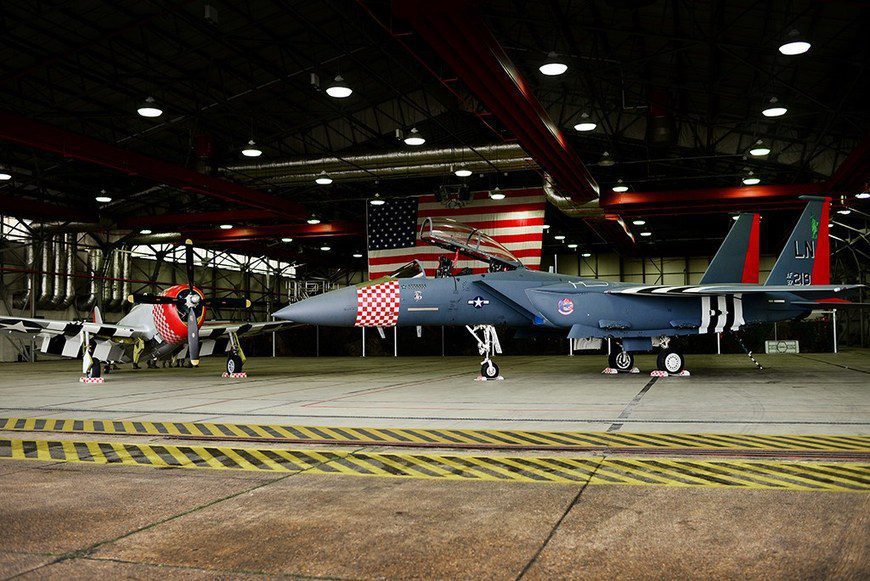 Sourced through Scoop.it from: theaviationist.com

The aircraft pictured was previously used by the 492nd Fighter Squadron and is decorated in the livery of a P-47 Thunderbolt. This was the main plane used by the 48th Fighter Wing during the second world war.

Interestingly during the conflict the 48th Fighter Bomber Group as it was known flew the Thunderbolt during countless operations in Europe, including the Normandy landings of June 6th, 1944.

Here the group were an integral part of the plan flying over 2,000 sorties that resulted in over 500 tonnes of ordnance being dropped and over 160,000 rounds of ammunition fired.

The heritage project is here to pay homage to the legacy of the 48th Fighter Wing and its members.

Specifically their contribution to the D-Day invasion.

The decorated of plane looks like a hybrid of the both the old P-47 and new F-15.

The squadron started of with 25 designs to consider with 3 being decided on as main contenders,

The attention to detail on the final design is outstanding.

Tech. Sgt.Casey Cheff of the 48th Equipment Maintenance Squadron pointed out that it was a great training exercise for the men who had limited experience completely overhauling the livery and artwork on their aircraft.

Sgt Cheff who works in the corrosion control section went onto say that VCI corrosion protection film was essential as an underlay in order to maintain the integrity of the craft whilst having the new color scheme applied.

The new aircraft all display a checkered pattern on the nose cone as well as black stripes that cover the wings with additional insignia like the Statue of Liberty on the tail.

In total over 640 labour hours spanning 15 days with over $15,000 spent on painting equipment and anti corrosion packaging