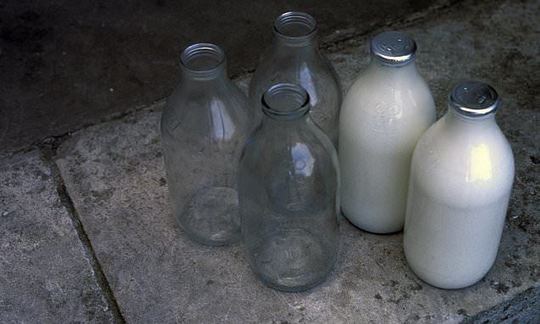 New milk and grocery service milk and more reports impressive growth in new sign ups. They deliver milk in reusable glass bottles. Just like it used to be!

Sourced through Scoop.it from: www.dailymail.co.uk

The service is called Milk and More who have gained more than 20,000 new customers.

Over 90% of the new clients have opted to have their milk delivered in recyclable glass bottles. Milk and more say they can reuse each bottle up to 25 times.

It’s quite a staggering number to think that over 20,000 Britons have made the switch to glass bottles in just over 4 weeks.

Milk and More owners Müller want to see a return to the traditional morning deliveries that made the British milkman famous.

This is on the back of new research which suggests over 16% of Britons will fork out more for their groceries if they have the reassurance that they are being sold in recyclable packaging.

The new surge in members has followed an already impressive start. Over 75,000 people have come on board in the last year alone.

The key takeaway from these figures is that the growing trend seems to be towards lifestyle choices that choose alternatives to individual plastic waste generation.

Milk and More have conducted their own research which suggest four out of 20 people recycle more since the showing of David Attenborough’s thought provoking documentary ‘Blue Planet’. Now 18 years old can you believe!

Interestingly the 16% of people who will pay more for eco-friendly groceries is also the same number who bring their own cups to coffee shops and just pay for the coffee.

The trend also seems to indicate a growth in ‘boycotting’. It reported that a further 14% have done this in the last year to shops that sell food in non-recyclable packaging like high barrier pouches.

A further 26% admit they would not purchase food sold in plastic trays.