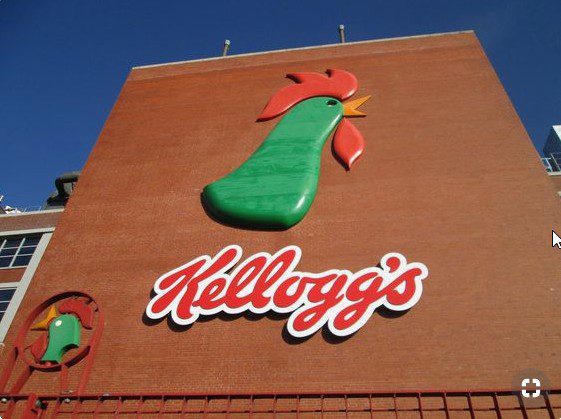 Kellogg US has recently filed an international patent in the US for a food cup packaging that makes the entire process of stacking and storing food products an easy affair.

In the report it has filed with WIPO (World Intellectual Property organization), the company says that it’s a common practice to use cups for storing food products like yogurt, juice, ice cream or cereal.

However, in some cases, the packaging material used covers the top and the bottom or covers either the top or the bottom.

Kellogg US claims that the food cup packaging in most cases has surfaces that are not fit for stacking.

They have explained further, saying the problem with the food cup packages is that the covered top and bottom or cups that are either covered on the top or the bottom create an unstable surface.

This in turn makes the packaging unsuitable for the stacking of products.

When contacted, Kris Charles – the company spokespersons refused to comment on this matter as it’s a pending litigation.

However, Charles claimed that the Food Cup Packaging Assembly is expected to come up with a cup that has a first and a second end on opposite sides.

It would also have an interior between the first and second end that will be able to receive the food product.

It is expected that the packaging assembly will include a wrap that extends around the first cup and a cap that has been selectively attached to the first cup at the first end in order to close the opening.

Kellogg US expects its novel food cup packaging to address common stacking and storage problems. The new design will facilitate the cups to be stacked vertically adjacent by using the nesting engagement. This will help in their transportation.

Even when they are in a consumer’s home, they can easily be stacked up. The new design also gives the cups the freedom to be stored in any numbers, thereby increasing the overall storage efficiency.

To know more about such news, keep visiting corporate site.

We do not store financial details nor do we share customer information with any 3rd parties when processing information for orders taken from this website or other means.